Icons made by Google from www.flaticon.com is licensed by CC BY 3.0
Menu
Home > Blog > News > DIAMOND 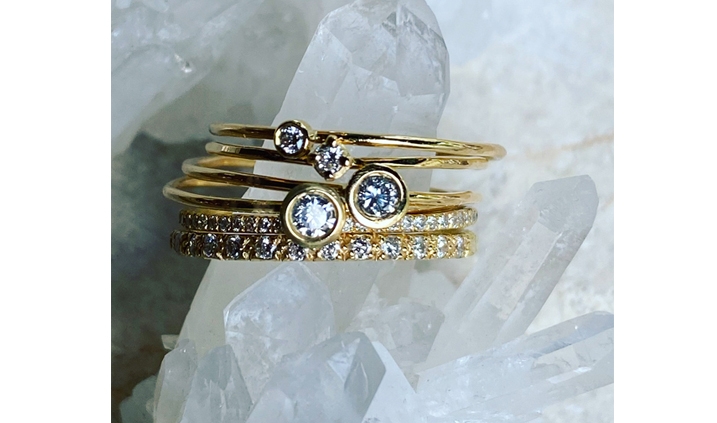 The history of diamonds

Diamonds have been discovered 3000 years ago in India. In the 1st Century, Chinese used them to cut jade. The Ancient Greeks saw in diamonds the gods’ tears or dusts of stars. For a long time, diamond has been considered as a divine protection or a stone with medicinal effects. In India it was even seen as a longevity elixir.

Since the 15th Century, the diamond has been the symbol of love and the women started to wear it.

That is how the diamond has become the stone of marriage. Nowadays, the diamond embodies the honesty and the strength of love.

The value of a diamond

The 4C are a global system of diamonds gradation:

Carat: for the weight of the stone.

Clarity: for the flawlessness (number and visibility of the inclusions)

Colour: the perfectly white diamonds are extremely scarce in their natural state.

Cut: the diamond’s cut is what makes the brightness of the stone.

The biggest part of the global production is coming from Africa, Russia, Australia and Canada.

A certification has been signed in 2003 by Canada, the US, the EU and more than 30 other countries to help determining the origin of the diamonds. This is called the Kimberly process and is today in action under the United Nations.

Once the diamonds are extracted from the mine, they are sent to the international places of cut and trade to be sold and cut, and then re-sold on the market as cut stones.

Anvers is the international diamond capital: more than 50 per cent of the diamonds market goes through Anvers, they are sold to diamonds merchants, who sold them to jewellers.